Journey To The Cross: Snapshot 2 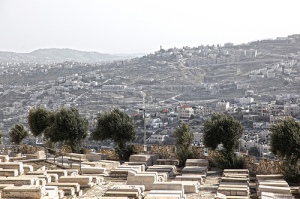 In today’s snapshot, we are given a glimpse right into the very heart of Jesus.

Jesus has left the safety and comfort of the home in Bethany and has made His triumphal entry into Jerusalem. (John 12:12-13)

However, as He approached Jerusalem, we are told, “He wept over it and said, “If you, even you, had only known on this day what would bring you peace—but now it is hidden from your eyes. The days will come upon you when your enemies will build an embankment against you and encircle you and hem you in on every side. They will dash you to the ground and the children within your walls. They will not leave one stone on another, because you did not recognize the time of God’s coming to you.”  (Luke 19:41-44).

In the original language, the word for “wept” here is a very strong word. It means: “to weep audibly, to give verbal expression to grief, to lament.” This was not just a few stray tears slipping down the face of Christ. He was sobbing.

One commentary put it very succinctly: “Messiah had come and Israel has said no.”  (InterVarsity Press New Testament Commentary).

Have you ever known rejection?

He came to His own people…God in the flesh walking on this earth; the literal embodiment and fulfillment  of over 300 Messianic prophecies in the Old Testament.

For one person to fulfill even 48 of those prophecies are 1 chance in 10-to-the-157th power? (www.christianity.com).

Jesus perfectly fulfilled over 300…and they said no.

His own brothers did not believe Him (although they did come to faith eventually). The people in His hometown rejected Him (Matthew 12:53-58). and at one point, actually sought to kill Him (Luke 4:16-30). The religious elite hated Him. The very people who welcomed Him into the city with such enthusiasm on Palm Sunday would soon line the streets, viciously calling for His blood.

Jesus had shed tears over Jerusalem at another time as well: “Oh Jerusalem, Jerusalem, you who continue to kill the prophets and to stone those who are sent to you! How often I have desired and yearned to gather your children together around Me as a hen gathers her young under her wings, but you would not!” –(Luke 13:34).

Beth Moore asks, “What could more tenderly portray the nurturing, protecting, love of Christ? Yes, God’s righteous right hand must bring judgement and justice. Sin demands it. But His tender loving heart longs to hold us in his arms and protect us from eternal harm.” —Jesus The One and Only, p. 162.

Yet, He is a Gentleman. He will not force us into a relationship with Him. The choice is ours.

Jerusalem had made their choice.  The Messiah they had been awaiting for thousands of years had walked among them, full of grace and truth…and they rejected Him.

By 70 A.D., the Romans completely destroyed Jerusalem  and it was left totally desolate, just as Jesus had said. The Jewish people were then scattered all over the world for the next 1900 years.

Jesus eventually dried His tears and entered Jerusalem. There was still work to be done. And what He would do next would shock everyone…

Filed under Journey To the Cross

3 responses to “Journey To The Cross: Snapshot 2”