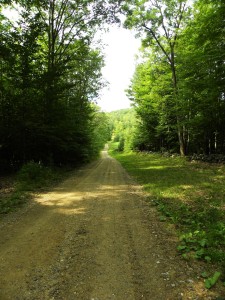 Less than a week after my husband’s job was cut in 2009, he had an interview with a company that was literally within walking distance of our home. There was an opening in his field and the man who would be his boss was a member of our church.

I was elated. What an incredible testimony this would be! God’s provision would be lightning fast and this unemployment business would be a mere speed bump in our lives.

Except…it didn’t happen that way. The company decided not to fill the position.

I had been so sure. It had seemed like such a perfect answer to prayer.

I went to bed that evening with a heavy heart. In the morning, I continued talking to Jesus about the situation, pouring out my sadness and confusion.

Suddenly, His Spirit spoke to mine so clearly that it was unmistakable: “Do not presume upon Me.”

That is exactly what I had been doing.

I was stunned into silence.

It truly felt like I was standing on holy ground, His Presence was so thick. In that moment, I felt like the disciples did when they began to grasp who Jesus truly was and asked themselves in wonder and amazement, “Who is this?”

The word presume means: “to take for granted, assume, or suppose; to undertake with unwarrantable boldness; to take liberties.”

God forbid that I treat Him in this way.

I realized anew that He is GOD an I am not.

He is the Potter and I am the clay.

He is the infinite and I am the finite.

He is the Savior and I am the one who needs saving…sometimes (often) from myself.

It was an incredibly humbling moment.

I immediately asked Him to forgive me for my presumption and told Him that I would surrender to His plan and His path wherever it led.

I would no longer try to “write the rest of the story” as my friend Dianne says.

A few days later, I read this in my Streams in the Desert devotional:

“In no way is it enough to set out cheerfully with God on any venture of faith. You must also be willing to take your ideas of what the journey will  be like and tear them into tiny pieces, for nothing on the itinerary will happen as you expect. Your Guide will not keep to any beaten path. He will lead you through ways you would never have dreamed your eyes would see. He knows no fear and He expects you to fear nothing while He is with you.”—Annie Flint Johnson, p. 158

I didn’t know it at the time but Jesus was about to show me that the ‘Jesus’  I thought I knew so well was about to get a major and crucial adjustment.

Over the next two years, Jesus would (lovingly but firmly) expose the true state of my my heart:

*without realizing it, I was sacrificing depth and lasting joy for fleeting, shallow happiness

*I had plenty of  tidy head knowledge about Jesus but as a result of this extended journey, I was ready to grant Him complete access to my restless, wandering heart and fully encounter Him as He truly is…in His fullness, majesty, and passion.

I am to have no other agenda than His.

Jesus wants—and because He is Lord, rightfully demands—it ALL. No holding back. No hesitation. No double-mindedness.

Just complete and total surrender to a Savior who “is gentle and merciful and kind. But He is also strong to save. And He loves us so much He refuses to pamper us.” –Mark Galli.

As Bible teacher James MacDonald is fond of saying, “God’s love is not a pampering love but a perfecting love.”

Following Jesus is not for the faint of heart. The longer you walk with Him, the more you will realize that He truly does not ever lead you by a predictable path.

Yet, this I promise you…He will surround you with His tender mercies and loving-kindness every step of the way (Ps. 40:11).

5 responses to “No Beaten Path”