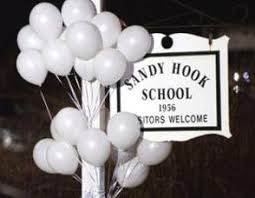 A text from a  dear friend crashed into my day of Christmas shopping on Friday afternoon.

Her words on my phone relayed the horrifying news of what had happened at Sandy Hook Elementary school in Newtown, CT.

The mind reels. How could anyone do  this????

The heart breaks for the shattering loss. Five year olds??? A mother killed by her demented son’s own hand???

The deepest part of the soul cries out for comfort. For justice. For answers that may never come this side of eternity. Why???

I turn on the satellite radio as I drive home, my heart growing heavier as more unfathomable, grisly details emerge.

At one point, I hear a television anchor from one of the 24 hour cable news channels interviewing a pastor whose name I don’t catch. The pastor begins to talk about the pivotal moment of the Fall, when the heart of man became entirely corrupt, severed eternally from its perfect and holy Creator. Until… in a stunningly breathtaking moment that was planned in eternity past, the Creator Himself enters time and space through a teenager’s womb to make things right. He is called Jesus. (Luke 2:1-21)

“Excuse me Pastor,” The anchor’s voice is cutting, dripping with barely concealed contempt. ” With all due respect, this is NOT about religion. This is about GUNS. What are we going to do about the GUNS?”

I can only listen to a few more minutes, as the pastor tries valiantly to make his point in the face of more hostile interruptions. I turn off the radio as I pull into the parking lot of a crowded grocery store.

No, sir, you are wrong, I think as I walk toward the store entrance.  What happened in Newtown on Friday morning was not ultimately about guns. Or mental illness. Or  more stringent firearm laws, although all of those issues are important and worthy of discussion and debate.

As politically incorrect as it is these days to say such things, that brave pastor was right.

Death (both spiritual and physical) entered the world for the first time the day that man turned his back on his Creator and chose to believe the enemy’s hideous lie that independent self rule is the  key that opens the door to the fullest life. (Genesis 3.) Rather, that door opened to the horror of gnawing, cavernous emptiness, darkened, unredeemed hearts, and stark hopelessness.

What was once whole, perfect, and beautiful became broken, damaged, and ugly.

Tragically, that choice resulted in a flood of destruction, despair, and utter devastation that continues to this very day. It was on ghastly display last Friday.

We do reap what we sow.

The culture we live in has become a culture of death. Millions of abortions are performed on demand.  An entire generation is growing up desensitized to the horrific violence of video games that masquerade as “entertainment.” Brutal murders are on the rise. Inconceivably, parents are now the prime suspects when a child is murdered.

In the midst of all this tragedy, God has been legislated out of the public square in man’s utterly futile attempt to declare his independence from his Creator.

And the country grows darker by the day.

What of the Creator? What of Jesus?

He weeps for this broken and fallen world.

Just as He wept thousands of years ago standing outside His dear friend Lazurus’ tomb (John 11:35). Jesus hates death with a holy hatred. So much so that the very reason He came to us was to die in our place, to take the penalty upon Himself that we deserved.

“Jesus came to undo what Adam so disastrously did and lead us back through the jungle to the garden. He crossed the ravine, the unbridgeable gap between sinful man and holy God.” —Justin Taylor

He is  intimately acquainted with horrific suffering. No one has ever suffered the way Jesus did as He hung on the cross and took the full brunt of God’s terrifying wrath against all sin that would otherwise have fallen onto you and me.

John Piper writes: “Mass murder is why Jesus came into the world the way He did. What kind of Savior do we need when our hearts are shredded  by brutal loss? We need a suffering Savior. We need a Savior who has tasted the cup of horror we are being forced to drink. And that is how He came. He knew what the world needed. Not a comedian. Not a sports hero. Not a movie star. Not a political genius. Not a doctor. Not even a pastor. The world needed what no mere man can be. The world needed a suffering Sovereign. Mere suffering would not do. Mere sovereignty would not do. The one is not strong enough to save, the other is not weak enough to sympathize. So He came as who He was: the compassionate King. The crushed Conqueror. The lamb-like Lion. The suffering Sovereign…The God who draws near to Newtown is  the suffering, sympathetic God- Man, Jesus Christ. No one else can feel what He has felt. No one else can love like He can love. No one else can heal like He can heal. No one else can save like He can save.”

I enter the crowded grocery store that is filled with harried shoppers. As I push my cart through the produce aisle, I become aware of the fact that Silent Night is filling the air over the loudspeakers.

Those words ring out loud and clear, a balm to my hurting  soul.

Does anyone hear? The people appear unmoved, absorbed in their pursuits.

Because He has come:

*Hope reigns, even in the midst of heartbreak
*Death has been defeated once and for all by our Warrior King who triumphed over it at His victorious resurrection
*Heaven has been opened to all who will come
*Tears will one day be wiped away by the nail scarred hand of our Savior
*Perfect justice WILL be done. (Romans 12:19). Children hold a very special place in the heart of Jesus (Mark 10:16; Mark 9:36-37) and He had dire warnings for anyone who dares hurt them (Matthew 18:6)
*All wrongs will one day be made right
*Those 20 precious children are now in the glorious presence of the risen Christ, forever safe, forever alive, forever celebrating
*Life and Love win

And in the words of Tolkien, one glorious day “everything sad will become untrue” for the believer because Jesus came.

No, none of us will understand how or why this happened.

More tears will fall as the memorial services begin and the nation mourns for those parents who will deal with such deep grief.

We will marvel at the bravery of the heroic efforts of the teachers and staff at that school who gave their lives to protect others.

Anger at the destructive nature of sin will continue.

We will all hold our loved ones a little bit closer and treasure the gift of time with them.

Prayers for healing and comfort for the bereaved will be frequent.

I, for one, will spend everyday offering heartfelt gratitude for the precious gift of Jesus, who is near to the broken-hearted and saves those who are crushed in spirit. I will thank Him for the fact that He is still on His Throne and in absolute control, even when it appears as if things are spinning out of control. I will thank Him that He alone is capable of bringing beauty from the ashes.

His Light still shines, even on the darkest day.

And the Light shines on in the darkness, for the darkness has never overpowered it. (John 1:5)

Pray for the people of Newtown.