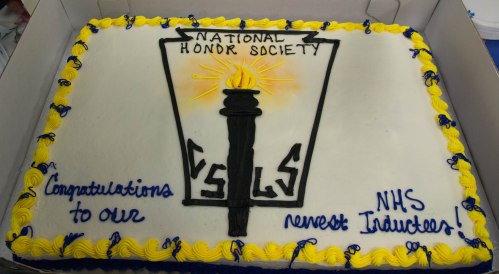 Three years ago, our son Josh entered the local high school as a freshman.

He had previously attended the very exclusive private school, Brown Academy (Or, as it was otherwise known, the Brown residence. 🙂 ). It was just a fancy way of saying that he was home-schooled.

I still remember his first full day. I was a bundle of nerves with all kinds of thoughts constantly swirling around my mind: Would he like it? Would the other kids like him? Would he get good grades? Had I prepared him well?

I needn’t have worried.

From day one, Josh thrived. He got straight A’s. He made a lot of friends. He acquired a new nickname: J-Brown. He discovered his passion for all things English and writing. He went to New York City with the high school band, saw his first Broadway show, and helped the band win first prize in a contest at Hershey Park. He joined the track team.

A whole new world had opened up to him and that is how it should be. He was ready.

Last night, Doug, my mom, and I headed to the high school to watch Josh be inducted into the National Honor Society. 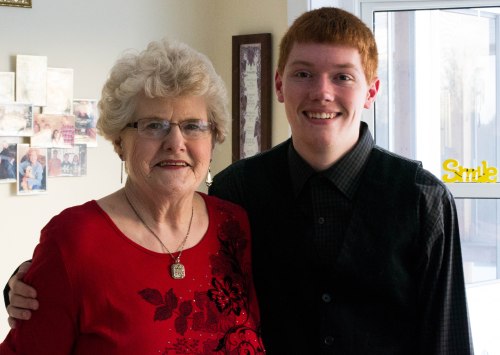 It was a wonderful night as we celebrated the hard-won accomplishments of the students.

After the ceremony, Josh’s guidance counselor came up to me, her face wreathed in smiles.

She proceeded to tell me what a joy Josh has been, how she was worried for him coming in as a new student in the midst of kids who have been together since kindergarten. Like mine, her worries had been unfounded.

“Every single time I see your son in the halls, he has a smile on his face,” she told me. “It is such  a pleasure to know him.”

Music to a mother’s ears. 🙂

Congratulations on all your hard work, Josh. Your dad and I are very proud of you!