I Shall Become The Hashtag Queen! 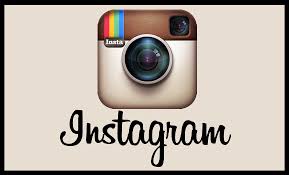 Two days ago,  I dared to ask my daughter to show me how to get on Instagram.

For those of you who are not familiar, Instagram is an app that allows people to quickly snap and upload pictures from their daily lives on their smart phones or iPods, then share it with their followers.

I decided that I would like to join in the fun, so I approached my daughter with my iPod and asked her show me how to enter the exciting world of Instagram.

It was not a good sign that the first thing she did was roll her eyes.

What followed next was an hour of unprecedented anguish as a 48 year old brain tried in vain to keep up with a 16 year old one.

I watched helplessly as Julia’s fingers flew over my iPod, trying so hard to keep track of the order of her movements. I would ask her to show me again and with a long, drawn-out sigh, she would once again attempt to show me the steps.

Finally, I was able to get the hang of what to do. Julia was ready to pull her hair out at the daftness of her mother.

There may have been tears and mild hysteria on my part.

I thought we were almost done and was ready to declare success when Julia informed me that I needed a user name in order to use Instagram.

Let me just say this: When your name is Susan Brown, practically every user name is taken. I thought of several clever variations, only to be shot down when the words on the screen would tell me to try again.

“Give me that!” Julia grabbed the iPod from my hands, clearly over this entire teaching experience.

Her fingers flew over the screen, then she said, “Here. You are all set” as she handed the iPod back to me.

“But I am not ready to start my own photography business!” I said with alarm.

Another eye roll and then, “Nobody cares! It’s just a screen name!”

Julia got up to leave, then turned to face me before she made her escape.

“By the way,” she said in all  seriousness. “Whatever you do, do NOT use hashtags!”

“Why not?” I asked. “Everybody uses hashtags on Instagram.”

She looked at me incredulously. “You cannot use hashtags because you are almost 50 years old!!!!”

Then she paused briefly before saying, “Only a cool mom can use hashtags. Like Michelle Smith.” (The name has been changed to protect the cool).

“So….I’m not a cool mom?” I asked, already knowing the answer.

I noticed there was no hesitation, no pause to consider the possibility of my coolness. Then she was gone.

Here is a picture of me taken this morning after I went outside into the frozen tundra that has become our little town in light of yesterday’s blizzard.

Is that laughter I hear all across the Internet?

So, I contacted said cool mom and shared what Julia had said.

She immediately responded and told me that I could indeed use hashtags…as many as I wanted! And I would have her full support!

I entitled it, “A Touch Of Whimsy: Jelly Bellys in the snow.”

Then I wrote this hashtag: #mydaughterthinksimweird.

She may never speak to me again.

5 responses to “I Shall Become The Hashtag Queen!”