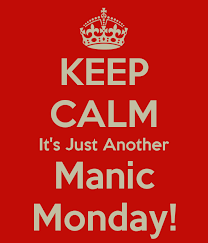 It’s amazing to me how quickly a day can turn from good to bad and back again, all in the span of a few hours.

Early this morning, I received some very good and welcome news. A couple of weeks ago, I wrote about how Jesus caused me to see the word SOON on a local billboard in response to my heartfelt cry about when this particular tough season we are currently experiencing will end.

That morning,  the first piece of the puzzle fell into place. We are on our way to “soon.” My heart rejoiced at His faithfulness. And in the meantime, I am just living a life of gratitude, counting my 1000 gifts…because He IS truly enough, regardless of our circumstances.

This I have learned and this I know beyond a shadow of a doubt.

She came downstairs early to warm birthday greetings from all of us, as well as several cards to open. Her friend Karen would arrive shortly to take her to breakfast, followed by a shopping spree.

And then the phone rang.

It was my uncle Duane with a triple dose of bad news. My Aunt Dot (his sister) was in the hospital with pneumonia. Uncle Ted (her husband of 68 years) was dying and only had hours to live, having never fully recovered from a fall he took several months ago. And Duane had collapsed and was in the hospital himself. (We would later discover that he had pneumonia as well).

Such is life in this fallen world.

When the other shoe drops, life seems to veer off course and we reel, trying in vain to shield ourselves from the next blow.

How do people do it who don’t know Jesus? I  wondered to myself as the texts between my cousins and me flew back and forth with various  health updates on our loved ones.  I can’t imaging anything more terrifying than thinking you are alone in this vast universe,  simply the victim of capricious fate.

When my world starts to shake, I know that there is One called the Prince of Peace who can never be shaken and has me tightly in His grip.

The doorbell rang and I was so grateful to see my dear friend Karen’s smiling face.  I shared with her the ups and downs of the morning and she hugged me tight.

Jesus shows up in the arms and hands and feet of our friends when we need Him most.

I love that about Him.

Karen and my mom headed out for some birthday fun while the text updates continued to come in.

And then the phone call came.

“It’s over,” my cousin’s wife declared.

My Aunt Dot was now widowed after nearly after 68 years of marriage.

My cousin later texted me  to say that he had taken her up to Ted’s room so she could see him before he died. Her form was so small in her wheelchair and she was weak from her illness. Once they got to her husband’s room, she said that she wanted to kiss him one last time. Bobby was able to lift her up so she could do just that. And then Ted slipped away forever.

It was a heartbreaking moment, he told me.

A memory flashed through my mind.  Duane, Dot, and Ted had come up to visit us when we lived in Rhode Island.  We had a single daybed in the guest room where they would be staying and I had pulled the trundle bed out from under the daybed.

I saw Aunt Dot notice that there were two single beds. She immediately pushed the two beds together  with a slight smile and said, “We’ve slept in the same bed for 53 years. Can’t stop now. ”

I wrote about Dot and Ted’s love story here.

The day went on. I shared the news with my son when he came home from school and decided to meet my daughter at the track so I could share the news in person. As I watched practice, there was something very soothing about seeing all those healthy kids run and jump and laugh. I watched my daughter fling herself over the high jump bar, then high-five a teammate afterwards, her smile wide.

Minutes later, we were sharing a booth at McDonald’s.  Her strawberry blonde hair was pulled back into a ponytail. Her blue eyes sparkled and she radiated health and youth.

I hated to share the news. As parents, we always want to shield our kids from the painful parts of life but we can’t. So I told her about Uncle Ted and watched those blue eyes fill with tears.

We talked a little bit until she said she didn’t want to talk about it anymore.

When we got home, I reminded her that we had a 7:00 appointment that evening with the seamstress who was altering her prom dress.

Later, as we drove to our appointment, the happy music of  her favorite band One Direction filled my car. We discussed prom details. Apparently, everyone wants to come to our house to get ready that afternoon. Our conversation was filled with talk of flowers, limos, shoes, etc.

The pendulum of the day had swung back to happy.

As we stood in the fitting room a few minutes later, my daughter looked radiant in her beautiful blue sparkly dress and silver sandals. Life was full of promise and excitement once again.

As I climbed into bed, my thoughts turned once more to what a day of highs and lows it had been.  Life on this planet is not for the faint of heart.

To everything there is a season and a time for every matter or purpose under heaven.

One response to “Manic Monday”