Journey To The Cross: Snapshot 1 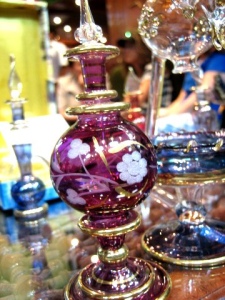 I know that I alluded to a continuation of Saturday’s post for Monday, but I am going to put that on hold until next week.

Since next week is Easter Sunday, I felt led to do a short series on the last week of Jesus’ life before He willingly went to the Cross. Each day, I will focus on one moment in time from each day.

At the beginning of His last week on earth, we are told that Jesus “steadfastly and determinedly set His face to go to Jerusalem.” (Luke 9:51).

In the original language, the word “set” means: “to make firm, to stand ready, prepared, one who does not hesitate, does not waiver, strong, immovable, establish.” In other words, nothing and no one would deter Jesus from marching straight into His appointed destiny.

Jesus knew exactly what awaited Him in Jerusalem at the end of that week. Michael Card writes: “More than anyone else, He knew that the script for His life had already been written across the pages of the Old Testament. As He made His way toward Golgotha, with every step He knew—detail for detail, agony by agony—how it would end and what it would cost…

He will be sold for thirty pieces of silver (Zechariah 11:12).

It is precisely because Jesus knew the horror that awaited Him that makes today’s snapshot so touching and precious.

The scene opens in the family home of sisters Mary and Martha, and their brother Lazarus, who were close and treasured friends of Jesus. It is six days before the Passover and Jesus and His disciples have come for dinner.

This home must have represented a refuge for Jesus. The Gospels indicate that He spent a considerable amount of time there. Although He was fully God, He was also fully human. Consider the joy that your closest friendships have brought to your heart: the laughter, love, kindness, goodwill, happy memories.

Jesus, too, knew the deep joy of earthly friendships and these people were among His closest friends. How He must have treasured this time among those who truly loved Him, knowing that in a short while, He would be surrounded by angry mobs of people who would be intent on seeking His brutal death.

After dinner, Mary did an extraordinary thing.

“Mary took about a pint of pure nard, an expensive perfume; she poured it on Jesus’ feet and wiped His feet with her hair. And the house was filled with the fragrance of the perfume.” —John 12:3

This all sounds very strange to our current culture, but everyone present that evening would have automatically grasped the incredible significance of Mary’s lavish gesture.

First of all, this perfume represented one year’s wages. It may have been Mary’s entire life savings.

The perfume would have been kept inside an alabaster jar with a long neck. She would have broken the neck of the jar, ensuring that it would never again be used for anyone else.

This was an act of extreme devotion.

In her fascinating  book, Sitting At The Feet of Rabbi Jesus, Ann Spangler shares insight into the culture of  the first century:  ” By anointing Him with expensive fragrances, Mary may well have been making a statement about who she believed Jesus was, proclaiming Him as Messiah…the Hebrew word for Messiah literally means “The Anointed One.”

“The word “Messiah” alludes to the ceremony used to set apart someone chosen by God, like a king or a priest. Instead of being crowned during a coronation, Hebrew kings were anointed with sacred oil perfumed with extremely expensive spices….the sacred anointing oil would have been more valuable than diamonds. The marvelous scent that is left behind acted like an invisible ‘crown,’ conferring an aura of holiness on its recipients. Everything and everyone with that unique fragrance was recognized as belonging to God in a special way.

In the ancient Middle East, the majesty of a king was expressed not only by what he wore—his jewelry and robes—but by his royal ‘aroma.’…he would perfume his robes with precious oils for special occasions…during the royal processions, the fragrance of expensive oils would inform the crowds that a king was passing by…it seems likely that the smell of the perfume with which Mary anointed Jesus would have lingered for days. God may have used Mary’s act of devotion to telegraph a subtle but powerful message. Everywhere Jesus went during the final days of His life He had the fragrance of royalty. Jesus smelled like a King.”

Jewish women in that culture rarely were seen in public with their hair unbound, so the fact that Mary wiped Jesus’ feet with her long hair was also stunning.  This was an act of  intense devotion and reverence.

And in the eyes of Jesus, this was a beautiful thing. It was one of the last acts of kindness that He experienced.

If you are not familiar with this story, you may wonder why Mary was so devoted to Jesus that she gave all she had to give.

Mary lived in the midst of a culture that was often hostile to women. Women could be divorced and discarded for such menial things as burning dinner. They were not allowed to own property. Their testimony alone was not considered valid in a court of law.  The men of Jesus’ day believed women to be intellectually inferior and incapable of any great spiritual insight. Some were vocal about preferring to burn the words of the law rather than share them with  a woman. No rabbi would have permitted a lowly woman to sit under his teaching.

In contrast, Jesus held women in high honor and esteem and treated them with great dignity and respect.

So, imagine her joy and elation when Jesus allowed her to sit at His feet the way the other disciples did and learn from Him, the very Word of God made flesh! (Luke 10:38-41).

Mary did not treat her privilege as a student of Jesus lightly. It is clear by her grand, heartfelt gesture that she listened and understood that His mission would end in a violent death. (unlike the male disciples, who didn’t clearly grasp His pointed references to the fact that His death was imminent).

I imagine that Mary’s tears mingled with the perfume that evening, as she contemplated saying goodbye (temporarily) to this gentle yet strong Man who had graced her life with  His dynamic, miraculous, loving, and utterly transforming Presence.

Her world…as well as the world of all those who lived in close friendship to Jesus…was about to go terribly, horribly dark in just a few short days.

But Sunday was coming….

Filed under Journey To the Cross