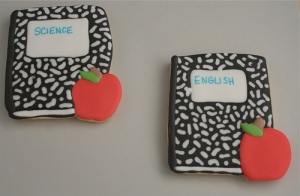 “Your son has won an award. There will be an awards ceremony at the school on Thursday at 9:15 and you are invited to attend.”

That was the phone message that I received from my son’s high school last week. There was no hint of what kind of award he had won, but that didn’t matter…Doug and I would be there.

Once we arrived at the school, we found our friends Steve and Risa, who explained the drill. At the end of every semester there is an awards ceremony. Each teacher selects a few students who have excelled in some way and honors them with an engraved medal.

The principal welcomed all of us before introducing the first teacher. In a group this size, I expected that each teacher would say a few words, then call out the names of the students and that would be that. I could not have been more wrong…and happily so.

For the next two hours, I watched as teacher after teacher took the podium and often struggled with tears as they spoke in a heartfelt manner of the students they were honoring.

These are people who truly care…they have chosen to be on the front lines in order to invest in the lives of these young people; to develop their budding intellects, to encourage their dreams, and celebrate the young adults they are becoming.

One teacher could not even continue her speech about a graduating senior. Overcome, she motioned to another teacher to take over for her and read her prepared statement. Another asked if the mom of one of her students was in the audience. When the woman timidly raised her hand, the teacher ran over to give her a hug, thanking her for raising such a wonderful son.

The applause as each deserving student came forward to accept their award was heartfelt and enthusiastic.

As our son walked up to the stage to receive two medals for academic excellence from his teachers, I was filled with two things: pride for his accomplishment…and most importantly, gratitude and awe for my great and faithful God.

So many years ago, when He was making it quite clear that we were to homeschool our children, I was flat out petrified. Finally, one morning, after staring at the mountain of unavoidable evidence of God’s will, I begged Him…with tears in my eyes…to show me something from His Word that would absolutely clarify that this was His will. I knew that I would need that eternal Word to cling to as time went by and things got hard.

As always, He was faithful to answer that prayer. He is a loving Father who delights to give wisdom to His children when they ask. (James 1:5).

In my devotional reading that day were these beautiful words from the book of Isaiah: “Your children will be taught by the Lord and great will be your children’s peace.” (Isaiah 54:13).

I was right…there were definitely days when I had to go back and re-read that verse over and over again. I had to trust Him for the big picture when the days were rough and the enemy screamed into my ear that I was failing at this.

Finally, the day came last November when Josh quietly approached us and told us that he would like to go to high school full time. He was ready.

We sought the Lord and He said, “Yes.”

Everything came full circle for me that moment in the auditorium. Yes, I was proud of my son because he has worked very hard. But the most of all, my heart was full of praise to my beautiful God who lovingly guided me through those years and has greatly blessed my (sometimes shaky) obedience.

And just as I trusted Him for that season, so I will trust Him for this new one as I await His plan for this next adventure in my journey with Him.

He is faithful. Always.

7 responses to “A Promise Kept”