A Call To Accountability 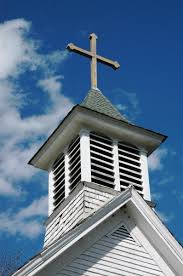 “The King will reply, ‘Truly, whatever you did for one of the least of these brothers and sisters of Mine, you did for Me’.”—Jesus

The church sits like a jewel in the middle of a bustling major U.S. city.

Every Sunday, the parking spaces closest to the main doors are filled with Mercedes, BMWs, and Lincoln Town cars.

This church boasts thousands of members, many of whom live in the wealthiest part of the state.

There are programs galore: Bible studies, softball teams, seminars on marriage and finances, all kinds of support groups, counseling, etc.

The message from the pulpit every Sunday is replete with Scriptural examples of God’s amazing, lavish, and incredible grace, sacrificial love, and eternal hope.

That is exactly what a friend of mine thought.

She was anxious to use her gift of helping and finding resources for the poor in the Outreach department of the church. After all, the church member is encouraged to “Be the hands and feet of Christ” to the needy in the community.

And my goodness, there is a huge need.

This church is in one of the spiritually darkest cities in our nation and is filled with homelessness, drug abuse, prostitution, human trafficking, poverty, and hopelessness.

Imagine her shock when she was given a tour of the facilities after she signed on to volunteer.

The food pantry was almost empty. (There is no advertisement in the weekly bulletin or in the announcements that there even is a food pantry).

There were no Bibles to give to the people who showed up seeking services.

There was no central folder containing information on the resources people might need.

The director left the position and the person who took over barely shows up.

Every Sunday morning, those who need help in the community are asked to come to the outreach department. My friend was given to believe that food was provided for them. They would then be invited to attend the service and return afterward for the help they needed.

On average, thirty five people show up each Sunday morning. There is never any coffee, juice, or water.  The only food that is there is one box of munchkins from Dunkin Donuts.  That’s it. And  one of the volunteers in this department helps himself to most of them.

One morning, the church was hosting a big breakfast for all the members. All of the volunteers went to the breakfast, leaving nobody there to greet the people that day…except my friend. She would have liked to have gone to the breakfast but she decided to go to the outreach center instead, knowing the people were going to be there.

She was the only one who bothered to show up.

If she had not been there, the doors would have been locked to the hurting people in that community.

Isn’t that something? Take a minute to get a picture of what happened that day in your mind. The already well-fed, well-dressed people who had jobs, a roof over their heads, and reliable vehicles were enjoying a full breakfast.

Those outside the church walls, the hungry, the jobless, the homeless, would have been locked out with no one to talk to.

My friend had been given no training so she did the best she could. After getting a better idea of what these people needed, she put together a packet of local information that would help and sent it to the current director.

When she arrived the following week, not only had the information she had sent not been used in any way, the room where the people from the community gather was unavailable.

Because apparently, that room was now needed so that the members of the church could attend (yet another) Bible study!

My friend had brought lots of fresh food for the people…and now there was literally nowhere for her to put it.

I found it so ironic that the people who claim to know and walk with Jesus were so anxious to open His Word together and fatten their already fat heads with more knowledge that they did not give a second thought to the people outside that door…who happen to be the very people Jesus came to save!!!

Not only that, they are missing Jesus Himself! Even a brief look through the Gospels show the fact that Jesus was not locked behind the walls of the temple…He was out among the people, ministering, loving, caring, feeding, and healing.

I suppose I should be grateful that the disadvantaged are even allowed inside the church doors at all.

Unbelievably, the previous pastor  had allocated a small, closet-like room at the back of the church that could be opened from the outside for those in need of food. Inside, there was just a phone. The person could call up to the food pantry, relate what they needed, and then someone would come down to them with the needed items in a bag. They would then be expected to go on their way.

We wouldn’t want the homeless and the hungry to taint the interior of our lovely church, would we?!

My friend attempted to make an appointment with the lead pastor at the church. She made it clear in her message that she was NOT coming to complain, take up a lot of his time, or to suggest that he should solve all of the church’s problems. She simply wanted to share her heart, her passion to help, and what she had seen. She felt he would want to know what is happening on the ground at the church that he agreed to lead (with much fanfare, I might add). She also had made a list of solutions that could be implemented with his blessing.

Not only did she never get to talk to him; she could not even speak to his assistant. His assistant passed her off to someone else, who assured her that the head pastor was “extremely busy” and just did not have the time  to meet. However, when his schedule opened up, she was told that she would be kept “on the radar” in the event that he had time to meet with her.

My blood is boiling. (I suppose that is obvious).

What does this tell the people who are invited to this church each week about Jesus Christ?

They hear about a God who became a Man and came to this earth to seek and save the lost. They hear about His love and kindness, especially to the poor, the despondent, the hopeless, the sick, the outcasts.

They hear about His open arms, His miracles, His attentiveness to people from all walks of life, His compassion, His love for children.

They hear about His willingness to pay the penalty that they deserved so that by His death and resurrection, they might live forever with Him.

They hear that He has commanded His people to love as He loves, to give as He gives, to extend grace as He graces all of us.

They hear about a God of abundance, who does more than we could ask or imagine.

They hear about the fact that He IS Love, Joy, Hope, and Peace incarnate.

And then they come to this church, which is supposed to be shining as brightly with Christ’s love as would a city on hill.

And they see empty shelves in the food pantry.

They see one pitiful box of donut holes.

They see church volunteers who may smile at them and chat for a few minutes before patting them on the back and sending on their way, empty-handed.

Don’t tell me that these people do not see the discrepancy between what they hear from the pulpit and what they experience at the back of that church every week.

Don’t tell me that they do not feel “less than” than the well-heeled church members.

Don’t tell me that they do not feel condescended to.

Don’t tell me they wonder where this Jesus they hear about each Sunday from the pulpit is after the sermon.

Our church is currently doing a Bible study by David Platt called Follow Me.  It is a no-holds barred look at exactly what Jesus said it means to follow Him. (Hint: it’s NOT to play country club at church each week). His call is a call to die to self, to let Him live His life through you in the power of His Holy Spirit, to love and serve others, to pray for your enemies, to find the joy in giving with abandon rather than receiving, to hold loosely to the stuff of earth because this planet  is not your home, to tell others the good news that a Savior has come to save your hopeless, sin-sick soul.

We who call ourselves Christians would do well to give sober thought to how we are living our lives. Does our walk match our talk? Do we put into practice the things we learn in Bible study or do we just continue to grow in knowledge with no action to back up what we say we believe? Do we think of ourselves last? Do we share the good news of the gospel with the people in our circle of influence? Do we feel the need to keep up with the Joneses  and amass treasure on this earth or do we gladly sacrifice for the good of others? Are our priorities His priorities? Do we live with an eternal perspective?

Jesus said it best (obviously): And He said to all, “Whoever would follow Me, let him deny himself, disown himself, lose sight of himself and his own interests…and take up his cross daily and follow Me (cleave steadfastly to Me, conform wholly to My example in living and if need be, in dying also).” (Luke 9: 23).

THIS is the call of Christ.

Are we living it or just playing church?

2 responses to “A Call To Accountability”